BUTLINS AYR TRILOGY PT 1 AND PT 2: OUT NOW ON AUDIOBOOK! 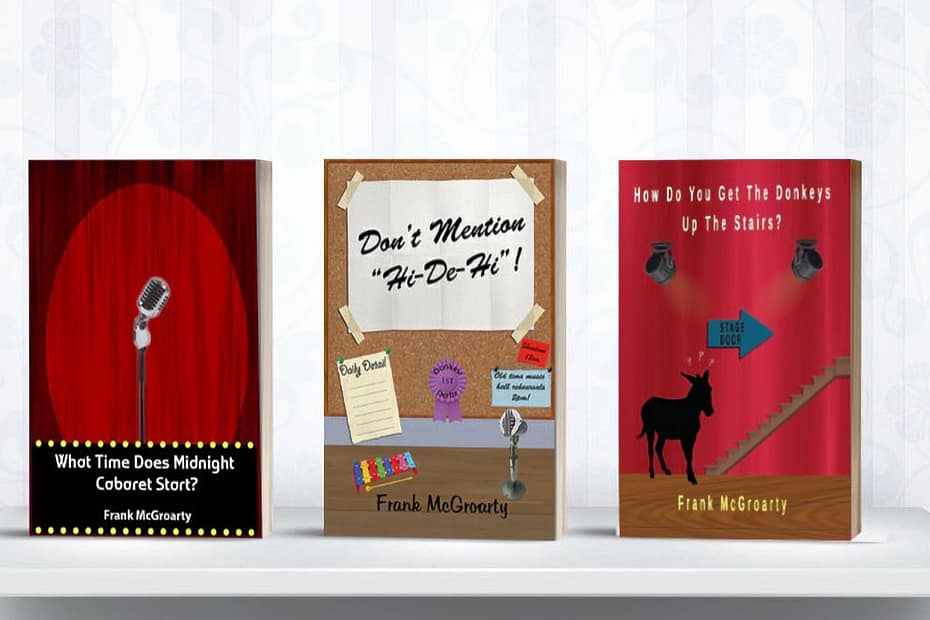 Working at Butlins took on a whole new meaning. Suddenly Butlins became the best place in the world.

20 years ago, the only Scottish base of the Butlins Empire closed its gates for the last time. To mark the occasion, former Butlins Ayr Redcoat, Frank McGroarty has released the second edition of his holiday camp trilogy, “Don’t Mention Hi-De-Hi” as an audiobook.

Written and narrated by Frank, Don’t Mention Hi De Hi is the latest edition of a trilogy inspired by his three life-changing seasons working as a Butlins Ayr Redcoat during the early 1980’s regarded by many as the latter stages of the Hi-De-Hi era.

Just over twelve months following the release of the paperback version of the story, Frank released an audiobook version of the first chapter of the trilogy, “What Time Does Midnight Cabaret Start,” in February this year.

And to mark the 20th anniversary of the final season at the Butlins Ayr Camp, Frank felt that this was the right time to release another audio version, which like its predecessor, is available through online retailers, Amazon, iTunes and Audible.

Said Frank. “I was very pleased with the response to the audiobook of “What Time Does Midnight Cabaret Start” and I was very keen to do more. I am still writing the final part of my Trilogy, which will not be released till early 2019, but I wanted to mark the final season at the Butlins Ayr Camp in some way.”

“I finished the audio version of “Don’t Mention Hi-De-Hi” last month, so I felt that this was a perfect time to release it. Like the previous audiobook, producing the second has been a major challenge, narrating and producing it myself. I have so much respect for those who work in that industry.”

“Writing these stories has been a labour of love and I am proud of these audio versions. I hope that they will bring back special holiday camp memories for audiobook fans.” Don’t Mention Hi De Hi, continues the story of the main character, teenager Terry McFadden from Greenock, who during that first season working as a Redcoat in 1982, closed the door on his childhood, received a major boost to his confidence working as a Redcoat, but also fell in love with Kitchen Assistant Angie Bierman.

A return to Ayr for the 1983 summer season was not guaranteed, so could their relationship survive in the “real world,” living either side of the country? If the invitation came, would they return to the holiday camp for a second season?”

Could Terry endure another season under the management of his mentor, Ron De Vere? Would Angie get to fulfil her own dream and join him as a Redcoat? Said Frank. “Having gone on holiday there as a child and having worked as a Redcoat for three years, I know how special the Ayr Camp was.”

The Audiobook version of “Don’t Mention Hi-De-Hi,” is available to download from Audible for free as part of a 30-day trial