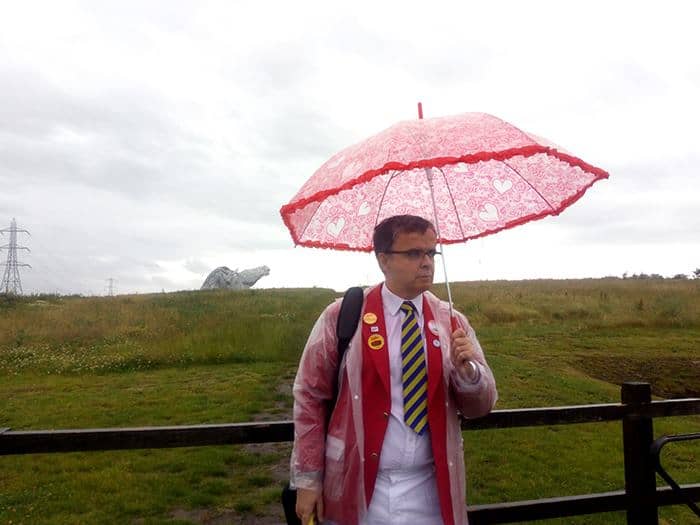 “How do you get the Donkeys up the Stairs?” is the concluding chapter of a romantic trilogy inspired by his three life changing seasons working as a Butlins Ayr Redcoat during the early 1980’s regarded by many as the latter stages of the Hi-De-Hi era.

Set in 1984, this new release continues the story of the main character, Terry McFadden, who had been living the dream for two seasons, working as a Butlins Redcoat and Entertainer.  The second season was even more special working alongside the love of his life Angie Bierman.

After ending the Summer of 1983 in true Redcoat Fashion, getting engaged whilst on duty, they were now ready to call time on their Butlins adventure and look to the future. Starting with finding regular work.

They weren’t even thinking about a return to their Holiday Camp life, but they couldn’t rule it out as getting full time work during that period would be anything but easy.

If they did go back to Butlins for the Summer of 1984, they knew it would be for the last time. So why not go out in style!

Said Frank. “Following the publication of my previous books, “What Time Does Midnight Cabaret Start?” and “Don’t Mention Hi-De-Hi”, the question I kept getting asked was when would the third book be coming out?”

“As this was the final one in the series, I wanted to take my time in making sure that I ended the story in the best possible way for the characters, whilst holding on to those special memories of a camp that is now no longer there.”

Frank continued: “I like to think I have done that.  These books mean a lot to me as they were inspired by a special time in my life.  I have been bowled over by the response to the first two and I hope people will enjoy this final part of the story as well as this last trip down memory lane.”

Aside from his writing, Frank continues to keep busy, with his various online and broadcasting activities as well maintaining his links with his Butlins Family, former Redcoats, staff from other departments as well as holidaymakers from around the UK.

He said: “It is always a special time whenever we get together at the various reunions, but because of the current situation we cannot really plan anything. But we remain optimistic that two scheduled for the Summer will happen.”

“So, till then, thank goodness for Zoom.  Our regular online parties are a perfect way to end the week.”

As with the previous two books, “How do you get the Donkeys up the Stairs?” is available in Paperback and E Book format with an audio version planned for later this year.