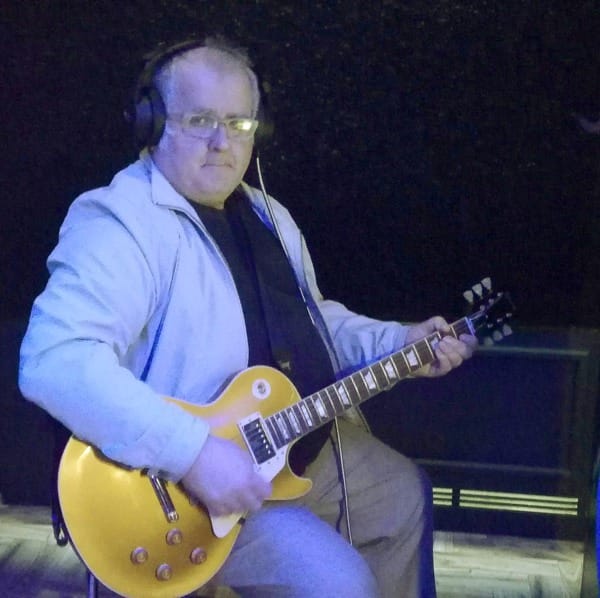 Heartache and devastation through the loss of a loved one, is part of life that we have to deal with, as it is all going to happen to us all one day.

However I don’t think any of us were prepared for the speed of the recent passing and funeral of my Brother Charles, in what would be fair to say has been the worst three weeks ever for my family.

But they all gathered strength from the love and support shown through the number of cards and messages received and the more than 200 people that saw him off on is final journey at his service.

For my sister and myself, we had the bonus of reading hundreds of messages left on his Facebook Page from his special friends, and reading the comments, they obviously felt the same about him.

My sister has already done this on her page, so I would like to say a massive thank you to all of my Facebook friends and especially my Butlins Family for the love and support during the last three weeks.   It meant so much to me and told me what I knew already, that you are all special people.

There was not much notice for us to prepare for the funeral, but one of my challenges was to produce a fitting eulogy for Charles, which I was delighted to do and I was ready to deliver.  I knew that Charles would have had a chuckle at me standing on a platform saying nice things about him.  Sadly, that did not happen.

Churches have their protocol and rules, so I wasn’t too delighted when I was told that the Priest was going to read out my words instead.   Thankfully there were no comments about my spelling and it was well received – so job done.  But for me, this was the toughest part of the day, hearing my brother’s life story whilst staring at his remains at the altar.

But he has now been laid to rest in what was a perfect and emotional send off.  Now twenty fours on, I have been looking at the eulogy from Friday.  This time I am going to deliver a version that is free from restrictions and protocol – the kind that Charles would expect of me.

Yes we did argue, but as we are talking about siblings here; there is nothing unusual in that.   And we did have plenty of practice.

It was often said that when we agreed on anything, a national holiday was declared.   But we were Brothers first and watched each other’s back, which he did with me on numerous occasions.

The most memorable would be during the final weeks of my first season at Butlins where he was on site with the rest of the family for a brief holiday.  That day, whilst on duty at the Roller Skating Rink, one of the “young Angels” on holiday thought it would be a good idea to start throwing sticks at a “Redcoat”.

Despite my feeble efforts trying to be diplomatic, he said: “You’re a Redcoat, you can’t do anything.”   Charles came back with the perfect response, smiling: “Naw.   But I can!”   You have never seen a 14 year old move so fast.

Growing up, we went through a lot, together sharing many interests and created some special memories.

It started as part of a local concert party, where his musical talents were starting to emerge, playing the Clarinet and it was not long before we were both sharing the same stage, singing and even playing the Stylophones.  A “double act” was born.

We went on many journeys together, which included the Oracle Theatre of Youth, Hospital Radio Paisley, and dancing with the Scotland Latin American Formation Team on BBC’s Come Dancing, where I will never forget him giving me a crash course in the Team’s dance routine in our dining room, before the first training session.  The one and only time.

But despite getting involved in all of those different things were was one that remained his true passion.

“Music is my first love.   And it will be my last.”   This was a line from one of his favourite songs, by John Myles, a sentiment that was reflected throughout his life.

When writing this eulogy the first time, the first image that came to mind was Charles pictured as a toddler on a grassy verge at the Esplanade with his record player between his legs.

Even those days, it was the early stages of a record collection, which would be the envy of any music lover today.  But listening to music was not enough; he loved to perform it as well.

Back in his Primary School days, it was playing a triangle in the percussion band, progressing to the clarinet, which led to us performing together in the concert party.

His love of music stepped up a gear when he got his first guitar, then developing piano skills at secondary school, as well as playing the clarinet in the school orchestra.

Not surprisingly years later, he started to play in gigs in his own band and more recently as a solo singer, performing in various venues and events around the area.

It did not matter if the venue was packed or empty.   If it was a hall or a hotel lobby and a set of keyboards or a guitar was lying unattended, it was a temptation that was too good to resist; playing whatever tunes fitted the setting.   When he did, he would be in another world.

For us, the most memorable had to be our impromptu jam session in a deserted Cragburn Pavilion in Gourock, where we turned up for a rehearsal with the Oracle Theatre, only to find the place deserted, except for a set of keyboards and a fully assembled drum kit, which was my passion at the time.  We just looked at each other and thought – “Why Not!”

What followed was an impromptu performance of the music classic “Nut Rocker”.  There was no witness, but trust me, it was great.   It was a shame that they had not invented camera phones in those days.

Forty years later, we were still talking about it.  In fact he was reminding his Facebook friends about it just a few weeks ago

When it came to his musical heroes, Elvis would have to be at the top of the list.  Whether it was a screening of one of his movies, a touring production of a stage show or a performance by a tribute act, in particular his friend Rob Kingsley, Charles would always be at the front of the queue.

And two months ago, he got the chance to perform with Rob’s band during a rehearsal when they played in Greenock.

There was no audience, but that did not bother him.   For that afternoon, gave him one of his most treasured memories in a theatre, in his own words, “a real bucket list moment,” singing on stage with “the best band ever.”

He would often contact me on Facebook to talk about his recent gigs, but I had never known him to be so high after a music session.

More than two months later, Charles made his final journey to a place where he is free from pain. Someone said that with his love of doing radio interviews, he will be able to interview Elvis.  He would love that.

But apart from his Radio interviews, he loved to perform.   So as we mourn his passing, let us think that he is still doing gigs and he is now going to the biggest one ever – where this time, he is the star.