Time to be a versatile writer 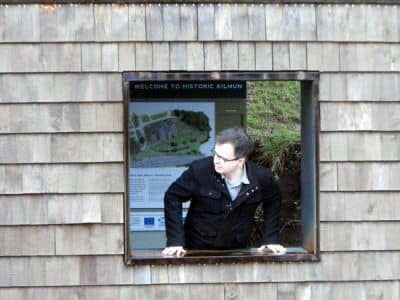 I remember during my journalistic days, I was fortunate enough to interview an actress from my favourite Aussie Soap Opera who portrayed an iconic TV Villain in the late 70s and early 80s, a part that remains a favourite amongst the fans decades later.

Despite being remembered for that part, the lady in question, Maggie Kirkpatrick, has gone on to play several other successful roles on the small and big screen, but would still maintain her connection with the part that earned her worldwide fame as “Joan ‘The Freak’ Ferguson” from “Prisoner Cell Block H!”

When I interviewed her, it was for a promotion article on the touring version of the brilliant stage production of “Prisoner Cell Block H – The Musical,” also starring Paul O Grady and Linda Nolan.

And with the original TV programme still attracting a worldwide following, it was no surprise to see her still playing the part on stage, almost 40 years on from the day when she first pulled on her Prison Guard uniform.  So, was she ever worried about being typecast?  Not in the slightest.

“You are only as good as your last part,” she said.  And on looking at her CV, there were plenty of examples that showed that it had no bearing on her career.   There certainly is more to her as an actress than just being “The Freak”.

When it comes to the creative and performing industry, referring to someone as being typecast, would often suggest that despite achieving success, there was nothing to indicate that they could do anything else.

For successful performers and actors, there was always the drive to prove them reinvent themselves, using their initial success as a platform for other things, making them more versatile to ensure a long fulfilling career.

Versatility was always a must during the early stages of my writing career, especially working as a freelance journalist.  You were battling for whatever market opportunities were out there. For 15 years my subjects covered varied from sports, show business, breadbaskets, movies that lasted 10 seconds long.  I would write about anything and everything

When I first started my main subject was American Football.   I was once referred to as one of the “hardest working gridiron journalists around.”.   Certainly not a big earner.

Then when the professional game ended in Scotland and the demand for coverage of the amateur game diminished, I felt that I was reaching the end of my time as a paid freelance journalist.

But I am always the kind of guy, who always wants to try something new, I put that down to my Butlins Redcoat training.  I was hired due to my experience as a Ballroom Dancer, by the end of my third and final season, I was a Stand-up Comic, DJ, and Compere.

When it boils down to it, I do love a challenge. I always strive to be the best that I can be, not always successful, but that is part of the process.   It makes you enjoy the successful periods even more.

And whilst I continue to develop as a performer and broadcaster, I am now reaching a new chapter in my writing career following the publication of the final instalment of my Butlins Trilogy.

Authors are happy to settle on one style of writing and stick to one subject matter.   And even though I have been thrilled by the response the Butlins Trilogy has received.  It has been a labour of love, a subject close to my heart.

But I know that I have taken the subject as far as I can.   As a writer, I want to be known for more than just writing about Butlins.   Time for a new challenge.   I have already started.

I am working on an idea for my first play, whether it gets performed on stage, is another matter, being able to write one is a big challenge.  Then of course there are my books.  There are a lot more stories in me that I am wanting to tell.  I am wanting to be the best writer I can be.

I have gotten off to the best possible start with my Trilogy, now it is down to me to take it to the next stage, down a different path.   There is a lot of work ahead for me to maintain that.

You are only as good as your last book