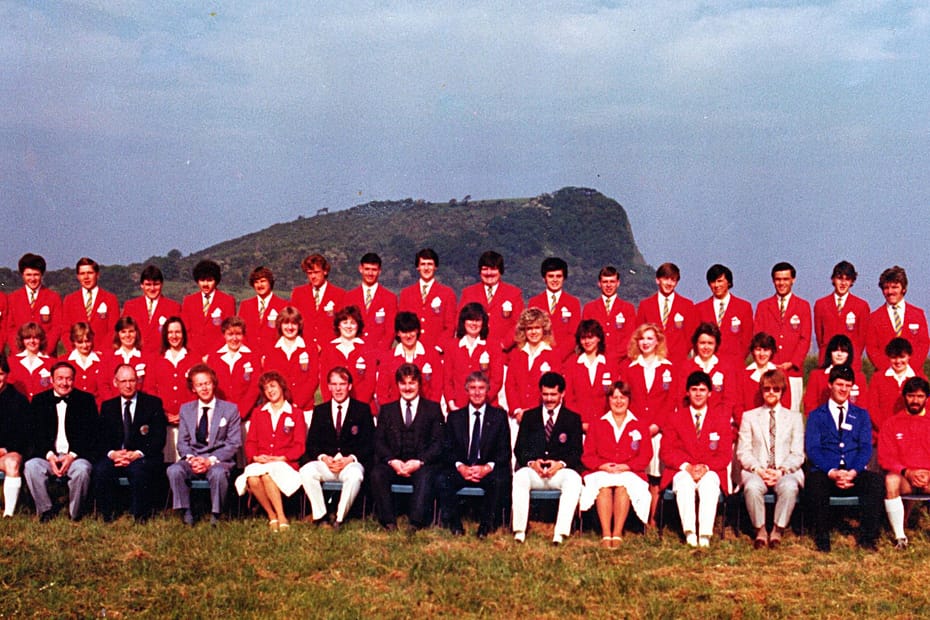 2023 will mark 25 years since the final season of Butlins Ayr, marking the end of an era and start of changes when it comes to family holidays. On saying that, June 22 marks my own person milestone, when it comes to my personal connection to the old camp and the inspiration behind it.

40 years ago I started my first season as a Redcoat at Ayr, which was a life changing moment for me, having left school the year before. And in June that year, I met the lady that went on to become my wife and who was also my inspiration behind my Butlins Ayr Trilogy Book Series.

The final instalment, “How to do you get the Donkeys up the Stairs” was released in January last year under the publishing label, IWM Publishing. So this is our final release under the old label which are Hardback Editions of all three books, which officially ends the IWM Publishing operation.

It seemed appropriate to release these editions now as this month will be the 40th anniversary since my good lady and I officially became a couple. And before anybody asks, the Wedding Anniversary is later in the year. The 40 year mark for that is still another three years away.

The first two books are published by IWM Publishing with the last one being independently published. Therefore all books are available in all of the formats, Paperback, Hardback, E Book and Audio, launching the stories to as wide and audience as possible. The next book project is underway which will be published under our new set up, which will be announced later.

Every one reads or takes in stories in so many different ways. So with the announcement of the release of these hardback editions, we are now offering the Trilogy to as wide and audience as possible, which will be the policy of our new publication operation.

Whether it is E Mail, Paperback, Audio or Hardback, I hope that you enjoy the Butlins Ayr Trilogy, not just the story and the journey of the main characters, but it will rekindle memories of a camp that is no longer there.